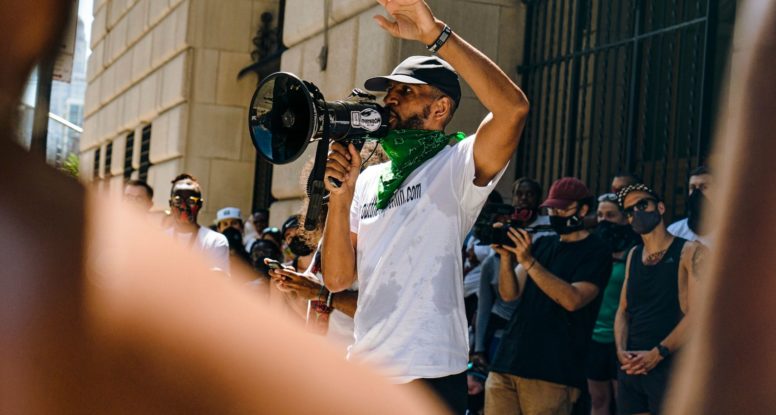 One of the most powerful aspects of running is the way it brings people together and is such a binding force. Coffey, founder of DeFine New York Run Club, actor, activist, and all around genuine and warm human being, is using his platform to help steer the NYC running community to be ever more inclusive and tight knit. We reached out to him for a brief interview to discuss his background, the way running fits into his lifestyle, and how he’s using running to help continue an important conversation about justice and equality.

As a proper introduction, can you please give our audience the benefit of a brief personal background?

My name is Coffey and I was born and raised in a very small town called Aurora, North Carolina. Population 520. It was a fun town to be raised in and I must admit being a kid in the 80s and 90s helped out tremendously. But because this town was so small, there wasn’t much to do, so we took advantage of playing in the woods, climbing trees, playing hide and seek and playing with animals. And I was very athletic and involved in a lot of sports but basketball was the one that took over and got me a college scholarship. It was what got me out of a town that if you wanted to grow as a person, then you have to leave at some point. And now I’m here in the Big Apple. 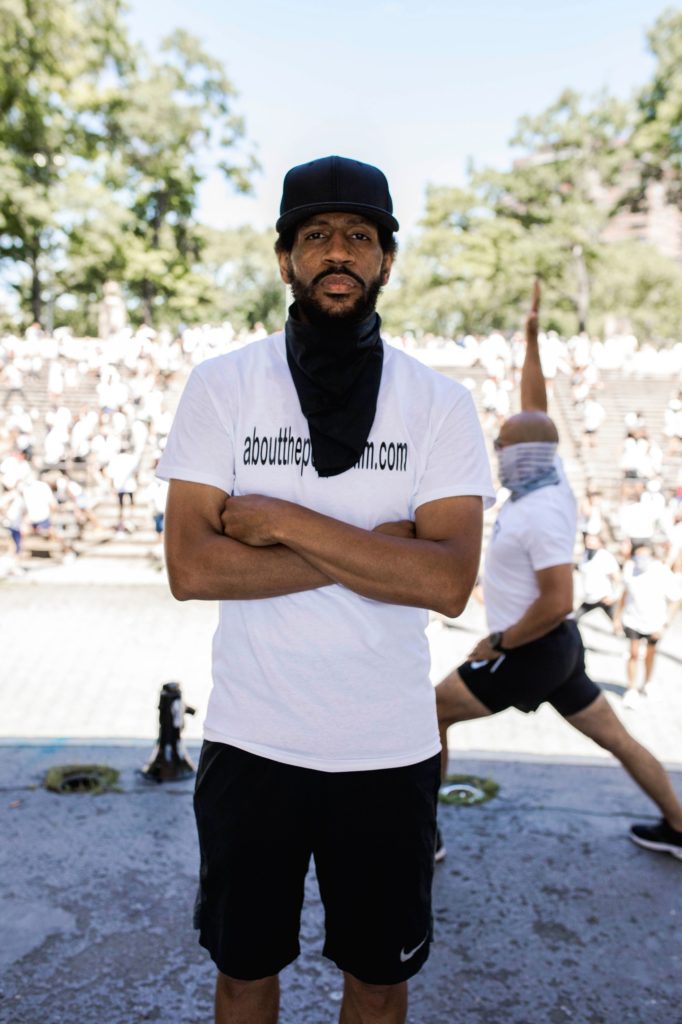 What got you started in running? What keeps you going? What’s your favorite run in the NYC?

Me just wanting to be in shape all year around is what got me started in running. Because as a youth, I was always in shape regardless of what season it was. But as soon as I moved to NYC and begin eating things that wasn’t offered in the south -at all times of the night- I noticed I had to get back to what I once was and that’s in shape.

While running though, I must admit seeing new things or trying to find new things is what keeps me going as a runner. I feel like New York has a lot of hidden gems, so I have a habit of trying to find it to help me get those miles in. Sorta like the film, “The Goonies“, they were on a mission to find the treasure left by a pirate called One-Eyed Willy. Well I take that same approach here in the city to see what I can find that’s from the past and have been successful on a number of occasions, not all though.

My favorite run is just running at midnight with no route in mind. It’s a run I compare to rappers from the 90s when they would really freestyle not knowing what they’re about to say next and while I’m out there I have no clue what turn I’m about to take next. It just comes to me organically as I get closer to the next block.

You have used running as a means of organizing a community, and to elevate the fight for social justice and equality. But why use running as that vehicle? Have you found your efforts to be successful to date? What have you learned thus far?

I think the question is why not use running as that vehicle. I’ve been running for 15 years and trained 1000’s of people while being a pacer for Nike for 7 of those years. So being Black all my life there was no way I was going to take a back seat and not add my intelligence to the matter at hand, better yet, the matter that’s been at hand for 400+ years. So after doing a couple podcasts and being asked by people I know and some strangers “how can I help?” made me open up from the running side of things to create #RunningToProtest #AllCrewsOneCrew.

I have found my efforts to be successful to date. As I mentioned before to the media, I was only expecting 40 – 60 people, but when I saw close to a thousand if not more show up, that let me know right away that change will come. From my years of being involved in protest marches, this is the first time I’ve seen so many White people that want change for us as well. They’ve seen this happening to us for so long and what better time than now to loan their body and piece of mind to what we’re going through now.

I’m learning that we’re not in this fight alone anymore. It’s a different day of age and if these white supremacist and bigots don’t change, they’re gonna have a hard life to deal with. Because the amerikkka that they’ve been living in for so long thinking that Christopher Columbus found for them is being corrected knowing that the Native Americans were already here. And the Native Americans were gracious enough to allow us to share their land which we call America. That’s how the story should have been in school, but instead we were lied to and Christopher Columbus did a lot of horrible things, but he’s not important for me to continue conversing about him although I’ve said his name twice.

NYC’s running community is as diverse as any in the world, which is a microcosm of the City’s wonderful diversity at large. How can our running community do better to raise awareness and facilitate meaningful change in the matters of social justice?

The running community has to be mindful and honest with the matter at hand. Stop ignoring things that you wouldn’t be okay with if it was happening to you personally. Running can’t just be diverse on the streets, tracks or trails. It has to be just as diverse in the offices as well. Actions speak louder than words and numbers don’t lie, so I love to tell people to show me your board and I’ll be able to tell you if you’re serious about what we’re discussing right now.  Every job should be a mix of color and gender. EVERY. Because one thing people have to understand is that power is within the power of the people, not within the people that’s in the office of power. Read that again to make sure you understand it. So, with running if these running brands don’t get it right this time around, then we don’t purchase because as I mentioned in my film, “About The People“, there’s one color that’s more important than white and that’s green. Go check that out at AboutThePeopleFilm.com.

The NYC club and crew scene is incredibly unique, but also a very crowded space. This reflects running’s increasing growth and popularity, but also it’s heightened “cool” factor. You started a running club, @DeFineNewYork Run Club. What is the mission of the club? What is the club’s ethos? Is there a typical member profile?

The mission of Define New York Run Club is to just run and have fun doing so. There’s no fee and it’s open to anyone who wants to come share some miles with us. That’s what I’m all about. You can’t charge someone for running with you outside where there’s no capacity. At least I can’t. And I love learning about different cultures, different techniques, different languages, seeing the different running forms, etc… Those things fascinate me.

There is no typical member profile. I run, you run, we run together is as good as it gets. We leave no one behind.

What’s next for you?

What’s next for me is to keep running and making film and tv shows, whether I’m in front or behind the camera. But most importantly is to keep people aware of what’s going on and use my voice to voice it. It’s crazy how as Black man I have to wake up every day and relive my life the exact same way I did the day before. Because if I made it home the day before that means no one saw me as a threat or tried to use my color against me out loud to get me deleted from this world. So can you imagine if I’m living that way, how many countless others are living the exact same way. So, I’m going to continue trying my best to help us get back to where we once were like how Black Wall Street was in Tulsa, Oklahoma. And as I mentioned earlier I will always bring awareness to our community and with that being said, arrest the officers who murdered Ms. Breonna Taylor in her own home. Their names are Jonathan Mattingly, Brett Hankinson and Myles Cosgrove. She was shot 8 times and left alone for 20 minutes to succumb to her injuries afterwards without any medical attention or assistance. She was pronounced dead on the scene. If you aren’t safe in your own home, then where can we be? We say her name but that’s not enough. We want justice knowing she should still be here along with all the other victims. 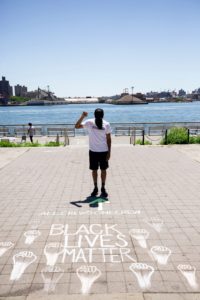