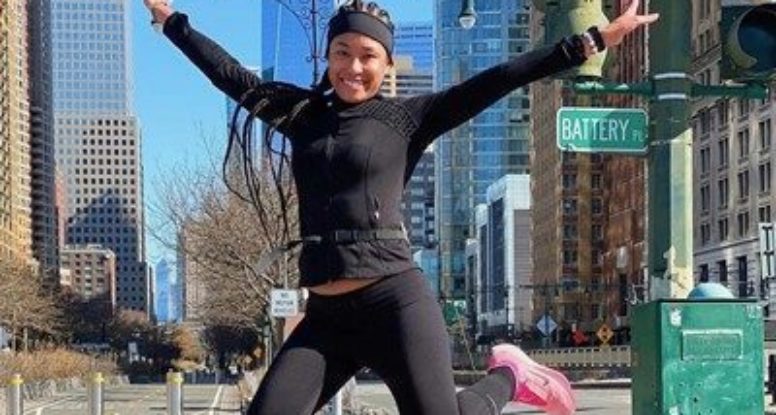 Jackie Martell is a daughter, a runner, and a community cultivator that brings her passion for inclusivity to the New York City running community.

Jackie Martell is the oldest of four, born and raised in New York City. She is a community builder -by nature- and an advocacy leader who has utilized these talents in both her professional life and more recently in the running world.

She went to grad school at Columbia University for social work and social enterprise administration where she studied inclusive curriculum creation and implementation. Since then, Jackie has had the opportunity to be part of their Broad Residency program that’s opened the door to a leadership role in education, while getting her second Masters degree simultaneously. She is currently the New York State Director of Advocacy at a charter school management organization where she oversees advocacy strategy and government relations for 23 New York schools, supporting education reform on the city and state level. 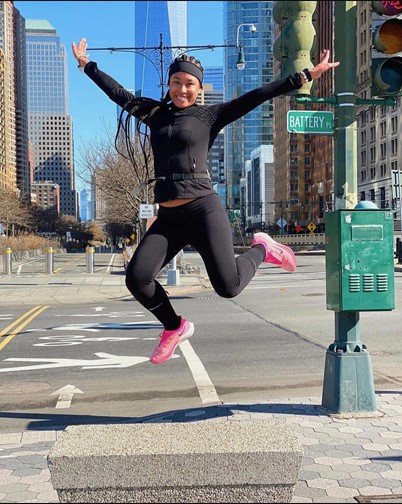 Jackie’s time spent as a grad student at Columbia was when she was first thrust into the New York City running community. After being active in the fitness scene while going to classes around the city for years, she began to get involved in running with friends at school in a social setting. After managing through the end of a tough relationship in 2017, she decided it was time for her to run her first 10K race. The rest is history. Jackie recalls first witnessing the support of the running community in action when her friend who was running the 10k with her began to struggle, and so many people -strangers- started lifting her up with words of traditional encouragement such as, “you can do it!” and “keep on going!” From that point, she knew that this new hobby was something special. It has since turned into a passion.

Jackie began to run all the New York Road Runners’ races she could sign up for, and showed up to all the running groups that she got invited to. Today she runs with Adidas Runners, Saturday Morning Run Crew, and Mile High Run Club.

Over time, Jackie has found herself embracing more of a leadership role in the community, bringing on new runners that would confide in her for guidance and to figure out what to do when they first started running. (With “Beginners Are Our Specialty” emblazoned on the Brooklyn Running Company’s front windows, this mindset resonates deeply with us.) This led to the next phase of her journey: becoming a RRCA Certified Run Coach. 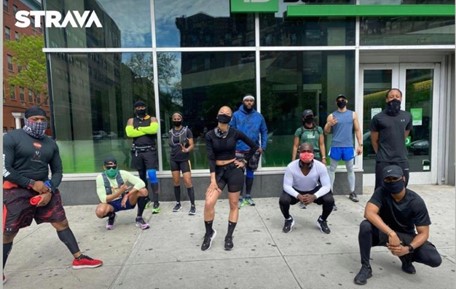 “I want to bridge the gap for people that don’t know how to start in their running career and get them information on how to prevent injury and have a sustainable lifetime of running”.

Running In Honor Of

Running has been there for Jackie during the good and the bad times. During the summer of 2020, Jackie lost her father, Edwin, to Covid-19. The day before he was hospitalized, Jackie organized a half marathon run that she dedicated to her dad. She brought together fifteen of her friends from the running community on a course that started in Harlem, traversed to Randall’s Island and then ran along the river and ended with medals!  All in honor of her father. One of the last things her dad said before he was hospitalized was that he was so glad that they all came together to run for him, and how proud he was of his daughter for that gesture. Jackie says that this was when she realized that the people she runs with have become more than just teammates, they’ve become family. On difficult runs, Jackie feels like she sees signs from her father to remind her that he’s always there. Her mom, Michelle has even started running as well.

Being a Woman of Color in the Running Community

One of Jackie’s core missions is to be a part of a solution which achieves meaningful and material representation for black runners in long distance running. She feels this critical issue is relevant to many aspects of the sport. As just one example, “In general within the black community, there are a lot of disparities that we see in terms of health care access, which can lead to people feeling intimidated to enter into the longer race distances. Another cause for underrepresentation may be that the people who curate media and content may not know how -nor have some tried- to access POC communities and their runners in effort to give them fair and proportionate representation in major and local publications.”

In addition, “there is a lack of people from the black community who feel comfortable entering into these spaces because it hasn’t been historically as inclusive. My vision and goal is for someone that never thought they would be considered an athlete to find motivation and understand that running is not owned by one entity and that anyone can become a runner if they have the heart and mind and discipline for it. It’s about getting people access to information and creating inclusive spaces for them to come as their authentic selves”. Jackie offers that places like Black Girls Run, Harlem Run, and Girl Treck are just a few examples of great communities for people that are looking to enter into the space. 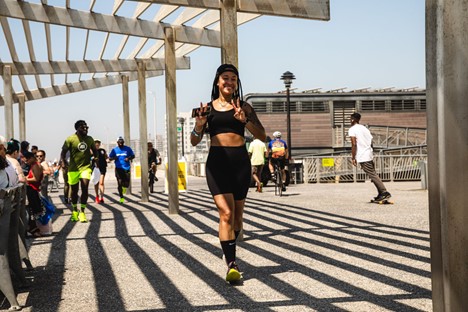 Jackie chooses running because of the independence and discipline it brings. It all comes back to being accountable to your individual self while still being part of a community. Jackie says that running has helped her immensely in her personal life as well. It has helped her become better at seeing the bigger picture of long term goals, and using positive self talk to get through the expected and unexpected hard moments in life.

“What really drew me to running early on was that everyone was always so positive. It was very seldom that you would show up to a group run and see anyone that was in a bad mood, you would always see people who felt free and liberated. And at the end of it, you would always feel good because you did something that you didn’t think you could do.”

Up next for Jackie is both the New York City and Berlin Marathons this fall. In addition to her own running pursuits, she hopes to start a running collective to help beginner runners find their way into the community by providing them with information on how to get started and everything they need to know to become a runner. Jackie is going to be a Coach at Mile High Run Club this summer.