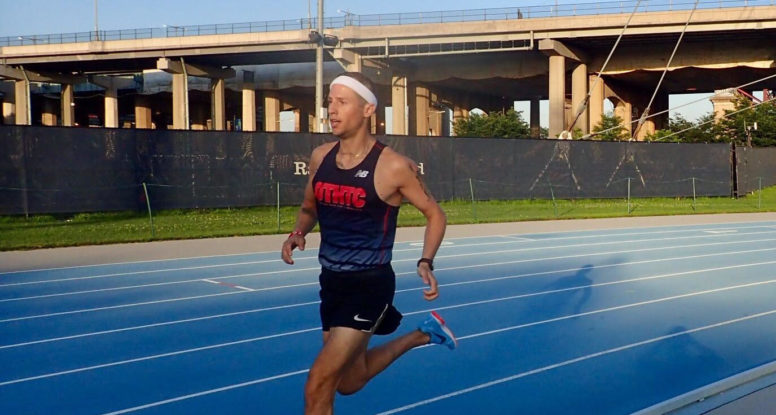 Johnny Nuzzela is a resident of -in his words, and we agree- the greatest place in the world, Brooklyn, NY. When running, you can find him getting miles in with Prospect Park Track Club, Off The Hook Track Club, or anyone else trying to do the same! He is an Army veteran and a recent graduate of Teachers College, Columbia University, and spends his time bringing the sport of running to the City’s youth through Run4Fun. His adult life has been an admirable one of service to his country and giving back to his community. Running plays an important part in this story. 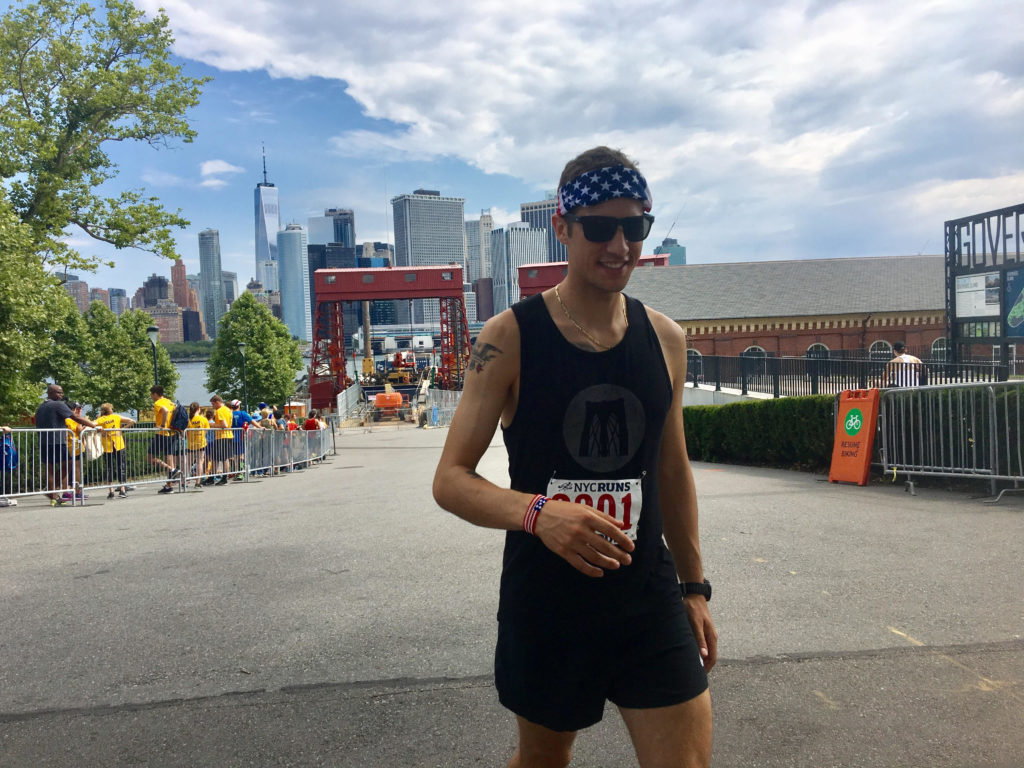 How did you get your start in the sport of running? What are your first memories of the sport?

I first started running in 8th grade where I ran both cross country and track.  I would continue to run both sports on and off until I graduated high school. I wasn’t the most dedicated runner back then.  I remember whenever our coach would send us out to run around the neighborhood for however many minutes, a few of us would head to a friend’s house that had a basketball hoop and we would shoot hoops until it was time for us to return.

How has your relationship with running evolved over time?

I stopped running all through college, but started back up again, not by choice, when I enlisted in the US Army in 2012.  I was stationed in Fort Hood, TX and while there, we ran almost everyday in the Texas heat, and I learned to enjoy it. One day, about two months before the start of the Austin Marathon, my Troop Commander offered us a 4-day pass if we ran the race.  A handful of us were “gung-ho” enough to give it a shot. For the next couple months we would ignorantly train for a race we would be far from prepared to run, but hey, we wanted those 4 days off. After walking across the finish line, and walking a few miles before that too, I knew I wanted to give the marathon another shot.  I would have to wait another year and a half before I could attempt the distance, due to Ranger School, an Afghanistan deployment, and other training events. My second attempt at this distance, while I still walked across the finish line, was a much more pleasant experience.

Once I left the Army and returned to NYC, I immediately joined the running group, Prospect Park Track Club (PPTC).  Running was a way to decompress and stay active after returning to the civilian life. PPTC really “showed me the light” on how to train.  The club was so inclusive and the members were so friendly, I joined after the first group run with I attended with them. Through PPTC, I was able to dedicate a great amount of time to the sport, and still maintain a social life.  PPTC has by far had the biggest impact on my relationship with running and it continues to grow.

Running has also spilled over into how I pay the bills. I’ve worked in a running specialty store for over two years and I now work for Run4Fun, a 501(c)(3) that brings running programs into elementary, middle, and high schools, as a coach. 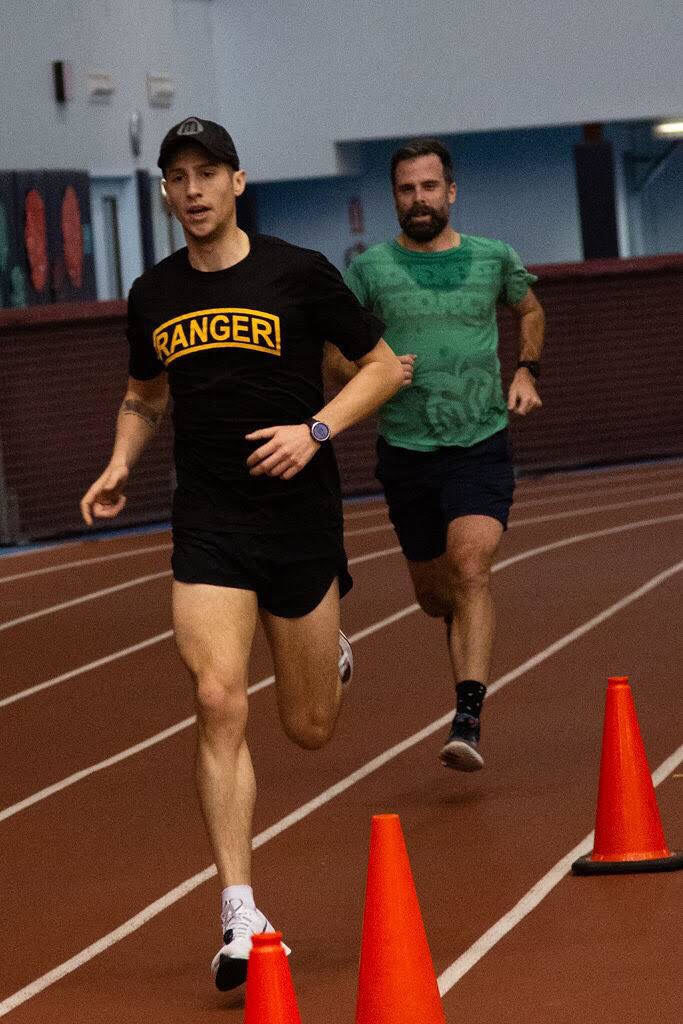 What are your favorite aspects of running in NYC?

NYC can be seen either as the best or worst place to run. NYC runners have to deal with stopping at crosswalks, weaving around pedestrians, and a diverse array of weather conditions. NYC runners also have some of the most beautiful routes with green parks, wonderful bridges, and neighborhoods that each have their own unique qualities. Even better than the scenery, NYC has the greatest running community!  It doesn’t matter what your gender, race, religion, sexual preference, or ability is, you’re going to find people who will support you, both inside and outside of your running endeavors.

What are your favorite things to do outside of running?

Outside of running you’ll probably catch me cheering for (or crying over) the Knicks, Mets, and Jets. I’m always on the mission to find NYC’s greatest slice of pizza. If you find me on the train, you’ll find me with my nose in a YA book, military non-fiction, or a dope graphic novel. If I’m at home just hanging out, I’ll most likely be watching an episode of Seinfeld or The Office for the zillionth time.

Any goals for 2019? Running related or otherwise?

In regards to running, my biggest goals are to dip under 2:45 at the NYC Marathon, and to get more kids excited about the sport of running.

I’ve recently finished up my Masters in Elementary Education with a dual certification, so I’d like to find a gig at a public school teaching students that carry the Autism label. 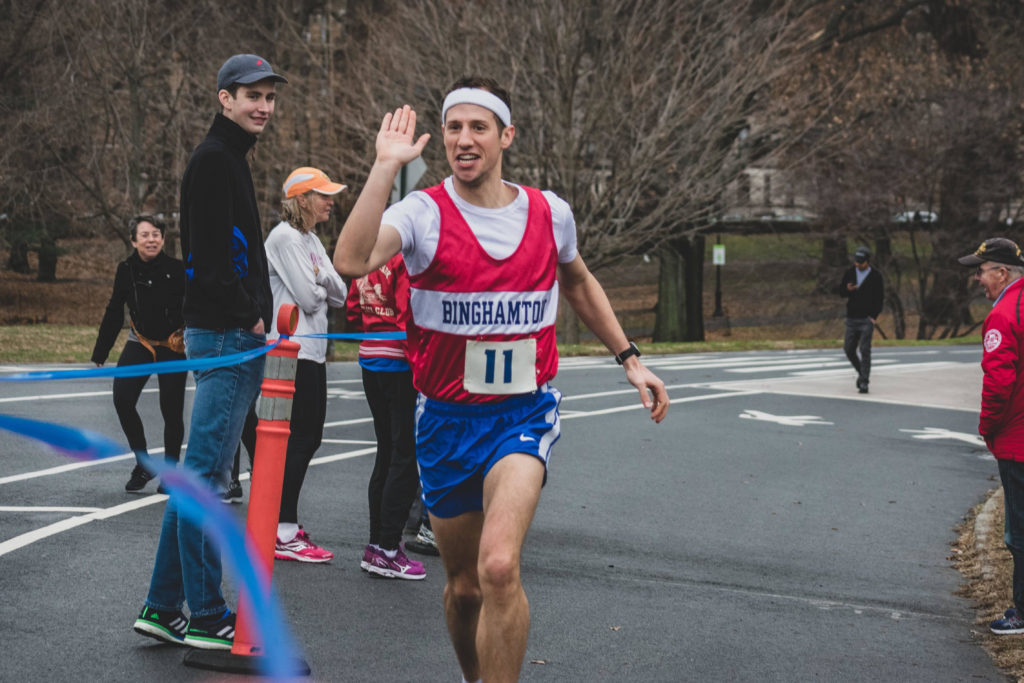