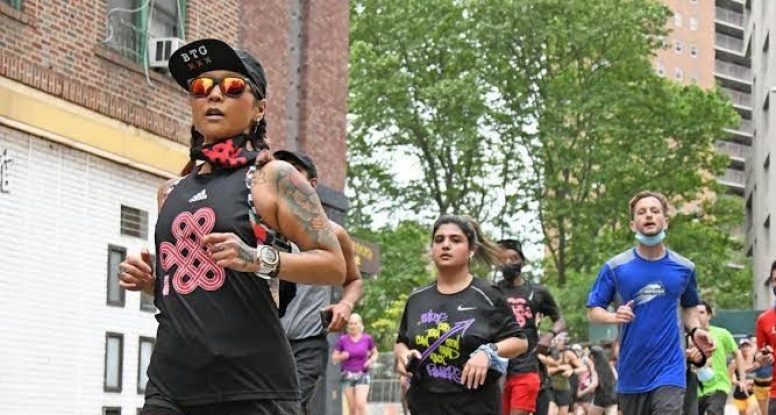 A graphic designer by day, Vics is the founder of Chinatown Runners, a collective of runners everywhere that come together to bring awareness to Asian communities within major cities around the world. 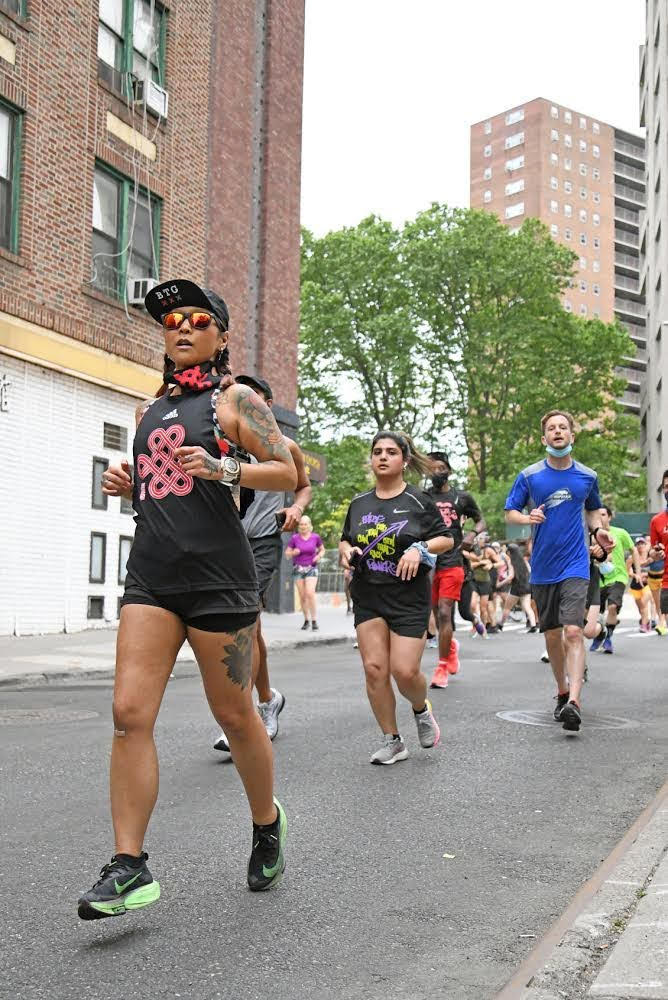 Victoria Lo was not an athlete growing up and never considered herself to have what mainstream media would consider a “fit” body. Vic’s introduction to running began during her sophomore year of college when she took up running in the evening…

…when people couldn’t see her.

Things started to get more serious at age 21 when she was living in Seattle and found herself in the middle of a tough breakup. Her sister was training for her second marathon at the time and suggested that Vics should piggyback off of her training plan to help get into a better mental headspace. From there, she completed a half marathon and her first full marathon in 2021 at the California International Marathon in her hometown of Sacramento, CA. Vics says, “I feel like that’s a familiar story to a lot of people, where they are going through something really traumatic and then find running as a sort of therapy.” Since that time she’s been taking long distance running more seriously and consistently training for a little over a decade. In 2013, she moved to New York City for the first time and discovered the vast and diverse ecosystem that is the NYC running community.

“I started singularly as a way to self heal from this heartbreak and then it evolved into this community outlet that it is in my life today.”

In February of this year, Vics found herself at home watching news story after news story of Asian community members that were being attacked -unprovoked- in her city. She felt helpless, unsure as to how, but wanting desperately to effect change. “I’ve never considered myself an activist from a political, social, or any other standpoint. But what I do have to offer is that I am fortunate enough to know a lot of people through running. I’ve seen the strength in numbers that running communities can generate. I’ve also been following the work of Running to Protest and I’ve seen all the amazing things they’ve done around Black Lives Matter and George Floyd over the past year or so. I didn’t see anything about AAPI running communities or clubs or groups, so on a random Friday evening, I decided to claim the @chinatownrunners Instagram handle and bought the website domain. I didn’t know what I was going to do, but I knew I was going to do something with it. I woke up the next morning and created a logo and decided that I’d allow whatever happens as a result of this to happen organically.” 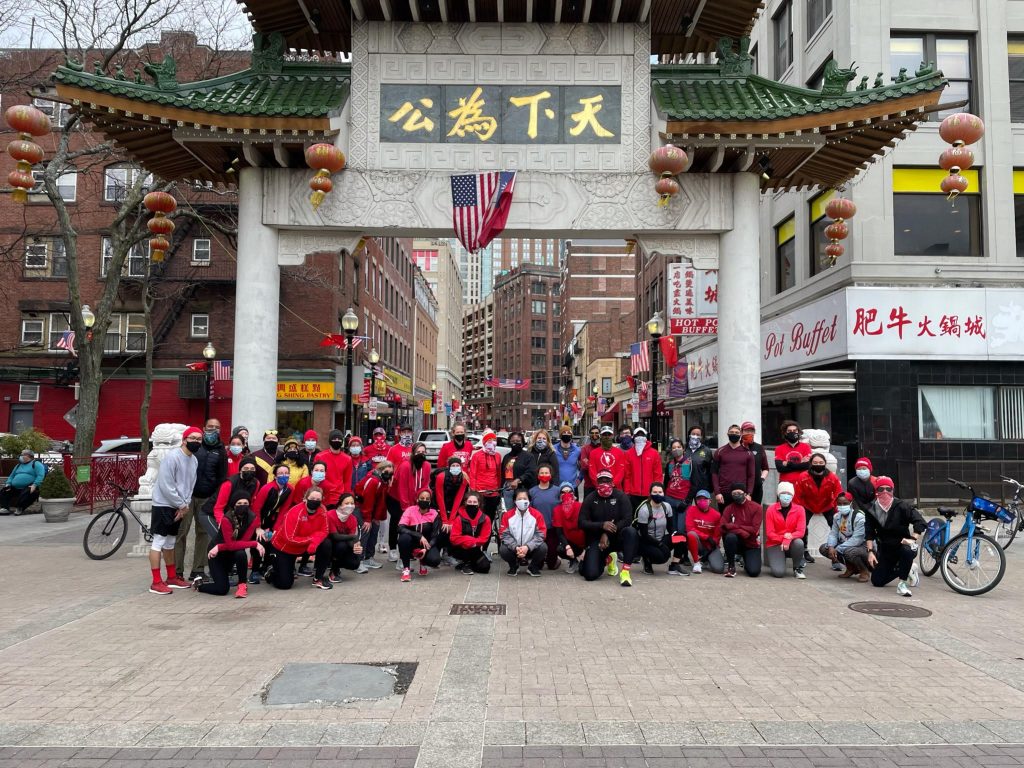 Vics likes to refer to Chinatown Runners as a “decentralized running movement.”. Contrary to what some may think, there are 5-6 significantly sized Chinatowns in New York alone. The term “Chinatown” refers to any Asian community within a city. On a monthly basis, Chinatown Runners meet up in different areas of New York City and run a course that takes them through one or more Chinatowns as they learn the history and immerse themselves in the culture of that neighborhood. As an example, for their 3rd monthly Chinatown Run in May 2021 to celebrate AAPI Heritage Month, they started in Manhattan’s Chinatown, went through Little Tokyo in the East Village and ended in Koreatown.

“We are focused on including as many Asian communities as possible in our routes. We want people to understand how rich in culture they all are.”

Vics is passionate about bridging the gap between communities and introducing people to other neighborhoods on a more intimate level than simply just running through them as part of their weekly mileage. “In New York, specifically, we have such a unique gift where we can traverse entire cultures within 3-4 miles at a single time. I want people not only to acknowledge that they are seeing a shift in the landscape as they are running, but I want them to stop and appreciate it and learn a little bit about the areas as well. I believe that the key element to making people care about each other is having empathy and understanding each as equals.

I told myself that if I can create a movement called Chinatown Runners where I’m asking people to run and explore outside of their comfort zones, where they can see people that thrive and live in the streets that they run on, then they’ll see them as worthwhile and equal humans. So when bad things happen, maybe they’ll find an incentive to step in as a bystander or volunteer to contribute to the betterment of a community, as well as just putting feet on the ground in these neighborhoods. So many people abandoned Chinatowns during Covid because people were scared of the virus or because they didn’t want to be associated with the Asian community at that time because of where the virus originated.”

“Chinatown Runners is the silver lining to things I’ve struggled with over the last 18 months in regard to what is happening in the AAPI community fueled by political and social rhetoric and a lot of the fear from COVID and its origins. As a Chinese American, I am not immune to what’s been going on within the AAPI cultures in America right now and how they’re perceived, and I want to find a way to help.” 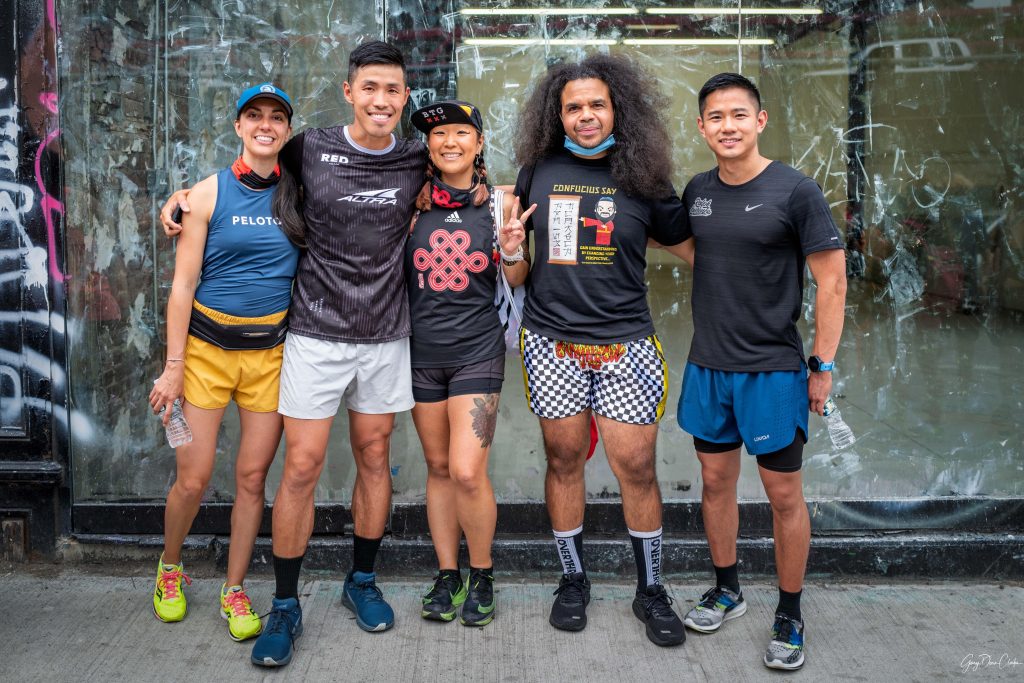 How Can You Get Involved?

Vics says that she is pleasantly shocked by the amount of people that have responded positively so far in such a short amount of time. New York Road Runners published their Chinatown Runner’s route through Sunset Park Chinatown with NYRR’s Neighborhood Runs program. Chinatown Runners publishes their routes on Instagram, except for the few instances where a map isn’t available or generated in time for people that can’t make it to the runs in person, and they share places to hang out before or after their runs as well. Vics also sends out a monthly newsletter that recaps the previous month’s event as well as providing details for their next upcoming event. You can subscribe or check out newsletters from the past via the Chinatown Runners website. In addition to this in-person support, there are opportunities to donate as well. Each month, there’s a different AAPI charity or organization that they ask people to donate directly to.

There are many ways that you can get involved, Vics says, “Go on a run. Find an AAPI neighborhood or just a street. Spend some time there and explore the area. Post a selfie after your run and include the #chinatownrunners hashtag on Instagram – we want to share the stories of people that are running through Chinatowns all over the world. So many places globally have these wonderful pockets of AAPI neighborhoods. Open up your google maps and see if you can create a route that ends in one of these communities and take some time to get to know the neighborhood and the people there. Buy lunch after a run in one of these neighborhoods to support your local Asian owned businesses. If you live in a city that has a Chinatown Runners solidarity run organized in it, come out and join us. It’s pretty epic to come join a run in person.”

You can find RSVP to their upcoming run on July 18th here that ends with a sweet treat at the Original Chinatown Ice Cream Factory. 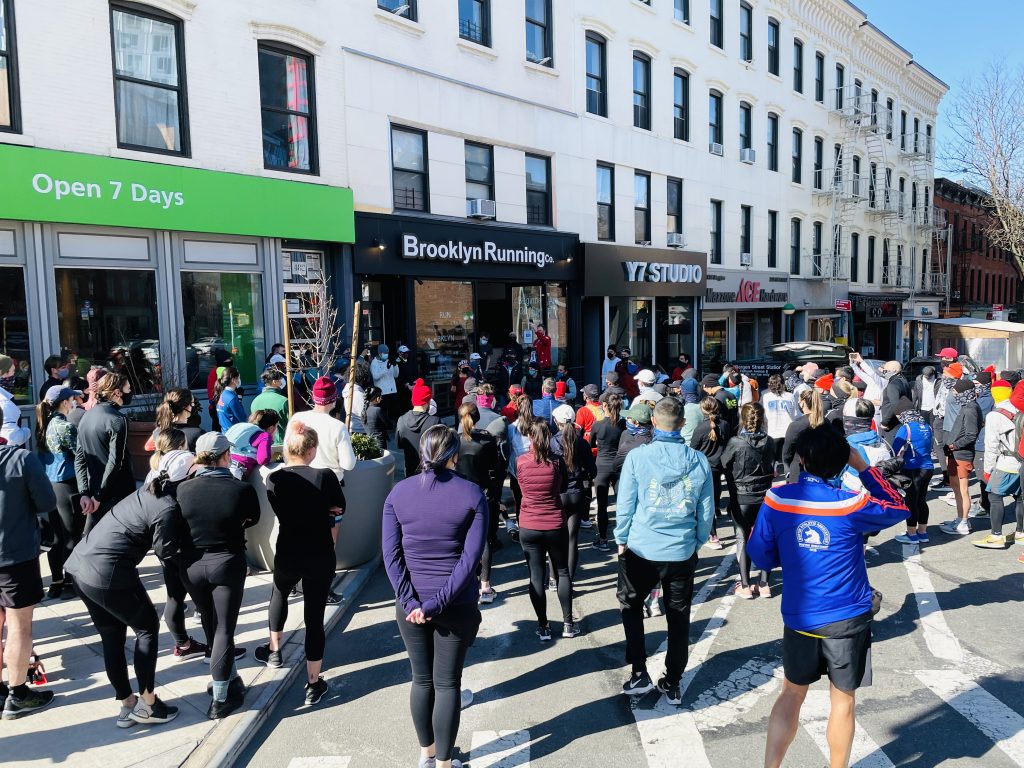