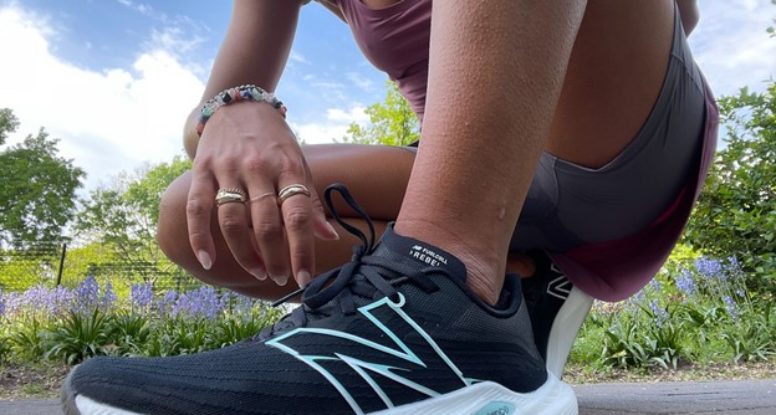 The New Balance Rebel V2 is causing quite a stir in the running industry. Why have people been raving endlessly about this shoe and what do the fit pros at Brooklyn Running Company have to say about it?

“At a $130 price point, this shoe is a more affordable option for those that are interested in the responsiveness of a carbon plate shoe, but not looking to splurge on the price tag.”

What’s all the hype about?

On paper, the New Balance Fuelcell Rebel V2 is simply an updated version of the Rebel V1. But the real story unfolds when the proverbial rubber hits the road, and what we found is that the Rebel V2 is a very different shoe compared to its stiffer, less cushioned predecessor. V2 is a soft, lightweight, neutral shoe that has an unmistakably bouncy feel to it. This new release is -whether intentionally or unintentionally- an attempt to carry a similar feel from New Balance’s carbon plate racing shoe over to a daily trainer…but without the carbon plate. It does so by featuring rocker technology which facilitates the roll of the foot forward as you strike, which results in the run feeling more effortless and efficient. This makes the Rebel V2 a flexible footwear option that can be worn for a variety of different types of runs, all the while providing a resilient pep in your step. Runner’s World says this shoe “feels dangerously fast” and our testing panel would have to agree.

Fit – The shoe’s upper has a mesh lacing that’s light and designed for breathability. It has a thin tongue that locks in tightly without pressing down too hard. This shoe is covered by an exterior rubber over the foam, making it a durable shoe that you can likely wear for over 300 miles depending upon user profile. (How Long Do Running Shoes Last?) The shoe typically runs true to size, but time spent with a fitting professional, either in person or virtually is never time poorly spent.

Style – The Rebel comes in four different colors for men and women, featuring three playful and bold (but not offensive) color schemes, and one more conservative black option. At a $130 price point, this shoe is a more affordable option for those interested in the responsiveness of a carbon plate shoe, but not looking to splurge on the price tag.

Function – New Balance boasts that their fuelcell technology provides the most responsive ride in this category of shoes. The fuelcell foam was developed over the course of two years by New Balance experts to help any type of runner “find their fast”. They saw an opportunity to create optimal rebound, support and efficiency while moving at speed. Another unique feature of this shoe is that it has a lateral flare that allows runners to habitually strike the ground through their midfoot, encouraging more efficient running form and better transitions forward.

When should you wear the Rebel V2?

This shoe has a wide range of applications. It’s great for regular everyday training miles, but also for runners proceeding up the speed curve into tempo run territory. It may not be the best fit for runs on either side of the spectrum – slow recovery runs or fast interval work. When you want to get out there for some faster, springier miles, these are the shoes to grab.

The flare on the outside of the shoe is helpful for runners that tend to supinate (put more weight through the outsides of their feet) as the flare gently guides their feet back to neutral allowing for a more efficient and speedier ride.

Our Shoe Panel’s Take On It:

After doing some research, I road-tested a pair of my own. I took them to the Hudson River path along the west side highway in Manhattan where I knew I’d be able to let the inherent speed in these shoes (AND ME!) really rip. This 6.5mi stretch of long, paved, flat path is the perfect spot to take shoes such as these for a spin (bonus points for going earlier in the morning when there are even less people). The Rebel V2s perform really well on terrain such as this (think also the Williamsburg Bridge or the hyped Brooklyn Mile stretch along Kent Avenue) where you can run continuously without too much interruption. Whereas taking these through the streets and blocks of New York City may be somewhat less than ideal as it won’t allow you to truly unlock the full speed potential because you’ll be more stop and go. But to the contrary, they’ll come in handy when you need to dodge a less than focused CitiBike rider!

I’m typically a loyal Hoka fanatic, so I was skeptical about these shoes upfront. But after taking these out, to say that I’m impressed would be an understatement. I was able to shave almost a minute per mile off my average mile time effortlessly. I can’t wait to see what kind of magic will happen in these shoes for me.

Steve Crnic says: “The Rebels are light and flexible. They have a soft and forgiving feel for such a lightweight and somewhat minimal shoe. The foam feels really bouncy and feels similar to the Nike Pegasus Turbo 1 and the New Balance Beacon, but softer. People who tend to overpronate may not be the best fit for this shoe. If you have a neutral or supinated foot strike, the Rebel can be a great fit for you.  They are lighter than a shoe I would typically grab for daily miles. I would, however, use them for a snappier middle distance run (probably 3-9 miles), but probably not for the long haul. Overall, I like them a lot.”

Reed Ryan’s take: “So far I’ve put 50 miles down on them and I absolutely love them. Typically, I’m a loyal Nike runner, but I needed a new speed day shoe and decided to try these out. They’re incredibly light and easy to run in. Whether I like it or not, the tempo picks up quickly whenever I throw them on and suddenly I’m going a little faster than normal. I probably wouldn’t wear them on a run longer than 7 miles, but it’s great if you’re looking for a fast workout.”

After being hyped up all over social media, named Editor’s Choice shoe at Runner’s World, and Believe in the Run’s “Shoe of the Year”, the Rebel has got to be doing something right. You can buy the Women’s Rebel V2 and Men’s Rebel V2 through Brooklyn Running Co. or stop by the Park Slope or Williamsburg shop to snag a pair before they sell out. 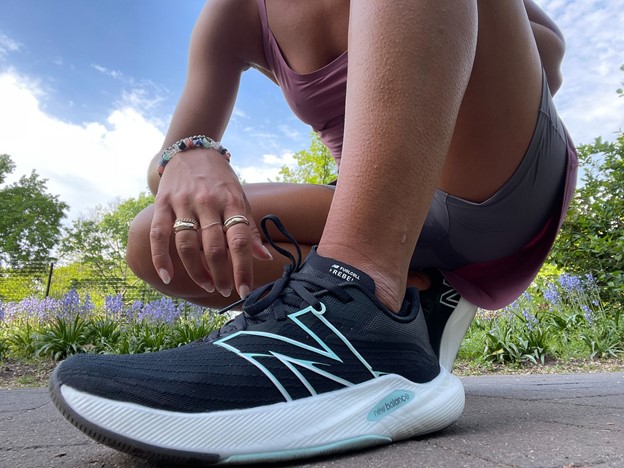 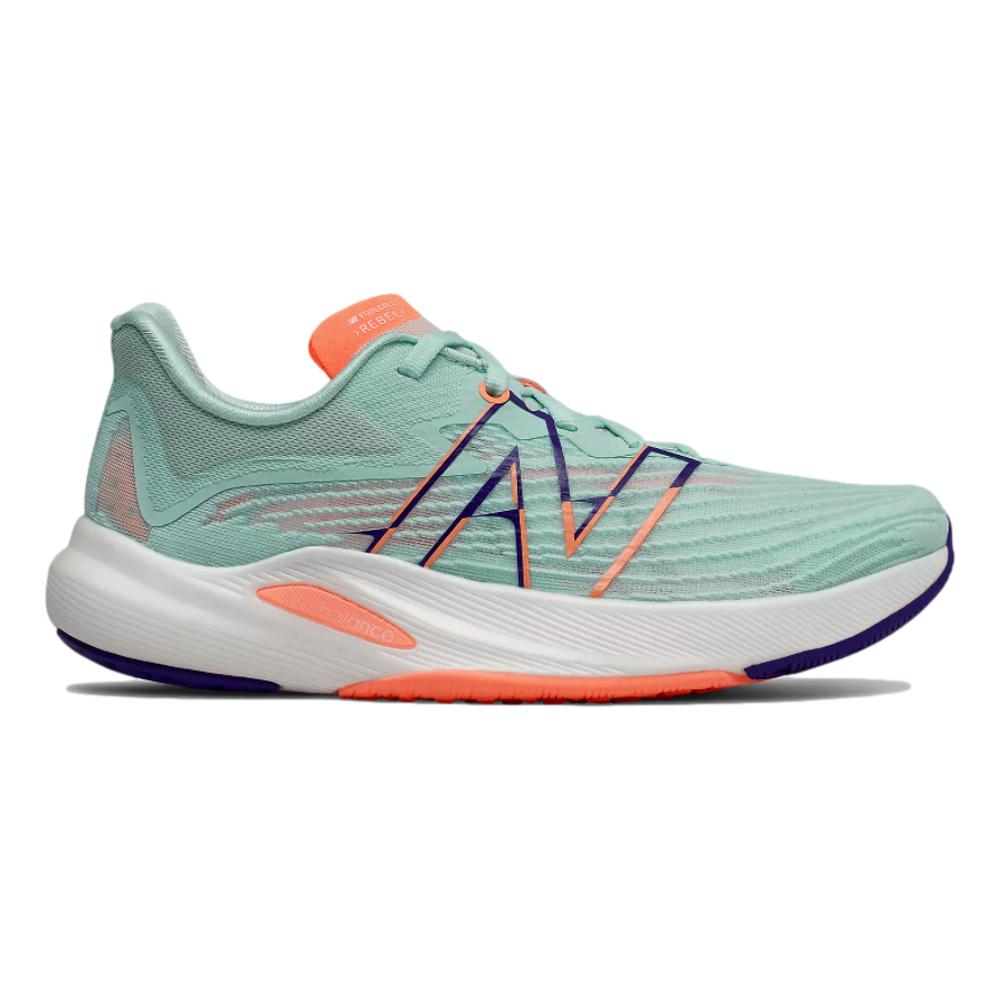